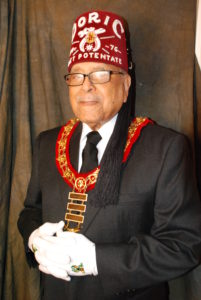 Memberships & Positions held include the following: Member of the Most Worshipful Prince Hall Grand Lodge of Texas  as a Master Mason, received his 33 degree within the Scottish Rite system and is  member of Doric Shrine Temple No. 76 AEAONMS.

Employment: Worked 30 years as an elected Contract Officer of the National Maritime Union.

Military Service: A Veteran Of World War II serving from 1941 to 1945 when he was Honorably Discharged by the United State Coast Guard