Judge Thomas H. Routt was an African American pioneer. Born in 1930 near Navasota, Texas, he graduated from local schools, obtained a degree from Texas Southern University in 1951 and returned for a Juris Doctorate degree in 1961 and was admitted to the Texas bar association. All of these accomplishments came before the social upheaval of the civil rights movement of the 1960s. Routt went into private practice until July, 1965, when he was appointed Assistant Attorney General of Texas for a year, just after federal legislation went into effect protecting the right of all Americans to vote. He managed the Houston Legal Foundation through August, 1968, and then became the first African American to be appointed as a Municipal Court Judge in Houston. He served in that capacity until 1972, served another eight months as Assistant Attorney General and then was elected judge of Harris County Criminal Court #6 from August, 1973 through May, 1977.

Additionally Judge Routt served as the 18th Grand master of The Most Worshipful Prince Hall Grand Lodge Free  and Accepted Mason of Texas. 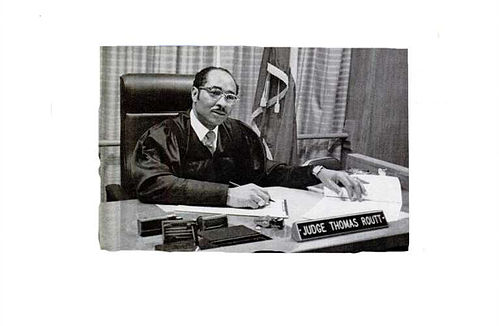